The thermal waters of Hot Springs, Arkansas are legendary both for their unique beauty, and medicinal value. Native Americans and early settlers are said to have flocked to the area to discover the mystical healing power of water in Hot Springs.

At 143-degrees, the natural springs produce almost one-million gallons of water each day. Where does it come from? It is an approximately 4,000 year old journey that begins as rainwater in the Ouachita Mountain range.

Rain falls within the Ouachita Mountain Valley where it slowly soaks through the soil, and after thousands of years, reaches deep layers of the earth. At around 7,000 ft below the surface, the water heats and compresses before gravity causes it to rush to the surface and escape through 47 springs on the west side of Hot Springs Mountain.

It’s hard to tell exactly how long humans have been visiting the springs. Spanish and French settlers had each claimed the area early on in the 1500’s, 1600’s and 1700’s. In fact, famous explorer Hernando DeSoto was the first European to visit Hot Springs in 1541.

Native Americans are also known to have enjoyed the hot springs healing powers for centuries; they called the area “the Valley of the Vapors.” Hot Springs is said to have been a peaceful territory where all tribes came to enjoy the natural healing baths. At one time the Caddo, Quapaw and Choctaw Native American tribes all inhabited the territory.

The healing baths of Hot Springs were such a coveted natural wonder that, in 1832, Congress granted federal protection to the area, naming it the Hot Springs Reservation. In 1921, it was renamed Hot Springs National Park.

Today, the healing waters are pumped into several downtown hotels and spas, and the water is even available at city fountains, drawing thousands of visitors each year who seek the healing power of water in Hot Springs.

Al Capone, Frank Costello, Bugs Moran, Lucky Luciano. Some of the country’s most infamous villains came to know this safe, secluded, scenic city as their home-away-from-home.

But in order to understand how and why they ever came to Hot Springs in the first place, it is important to recognize the corruption that had been going on here for decades.

For 50 years, as early as the mid to late 1800’s, the city had been “rolling the dice” on illegal gaming. At that time, two families held the reins to Hot Spring’s illegal activities: the Flynns and the Dorans. The two families constantly fought for control of the city’s gaming rights, a competition that eventually led to the famous Hot Springs Gunfight in 1899.

During this realm of local rule, hotel rooms, saloons and back alleys were the hotspots for cards and craps and casino-type gaming of all kinds.

Though illegal, and a felony under Arkansas law, the betting was no secret to the majority of local authorities. Police officers, judges, and even the mayor turned a blind eye to the industry either because they were being paid off by one of the families, or were participating in the gaming themselves.

So it’s easy to see why Hot Springs became a haven for criminals.

On top of the local corruption, the healing hot springs, Ouachita Mountain beauty seclusion, and uptown nightlife, were attractive to the gangster elements from all across America. After all, Hot Springs offered Las Vegas-style amenities before there even was a Las Vegas.

So who was the gangster that began the gangland migration? His name was Owney “The Killer” Madden (today referred to as “the English Godfather”).

Madden arrived in Hot Springs in 1935 seeking slower days than the New York City lifestyle he was accustomed to. Originally from England, Madden grew up in the rough neighborhoods of Manhattan’s “Hell’s Kitchen” and is said to have put the “’organized’ in organized crime” in that city.

Madden settled right into Hot Springs though, and was actually well-respected and liked. He fell in love with and eventually married the local postmaster’s daughter. But his storybook ways ended there. He quickly got his feet wet in the local scene by supplying bettors with gambling lines and race results, opening the Hotel Arkansas Casino and later becoming involved with the famous Southern Club.

Eventually, more and more gangsters arrived. The word spread that Hot Springs was simply the perfect hideout from the big city lifestyle, especially for criminals running from police investigations.

The gangsters came in droves. It was said that Al Capone and his bodyguards would rent out entire floors of hotels.

But even for the bitterest rivals, such as Capone and Moran, Hot Springs was off limits for violence. The two once vacationed in the city at the same time — Capone at the Arlington Hotel in his famous room 442, Moran just a block away at the Majestic Hotel — but bloodshed never erupted, as the truce of vacationing in Spa City trumped any preceding quarrels.

The Hot Springs, Arkansas gangster activity came to an abrupt end in the 1960’s thanks to a federal crackdown on what the government called “the site of the largest illegal gambling operation in the U.S.” Some gangsters were finally arrested; others left or died, such as Owney Madden, who died of emphysema.

Today, nestled within the rolling Ouachita Mountains, Hot Springs is the beautiful laid-back city that it always seemed destined to become.

Remnants of the city’s notorious past can still be found inside The Hot Springs Gangster Museum of America, which features classic relics including old roulette tables, vintage slot machines, Madden and Capone exhibits, gangster weapons and a

Order a copy of my Hot Springs, Young Family book

"The Cigar Box Men" From Moonshining to Gangsters and Illegal Gambling

shipping and handling total $20.00 by check to: 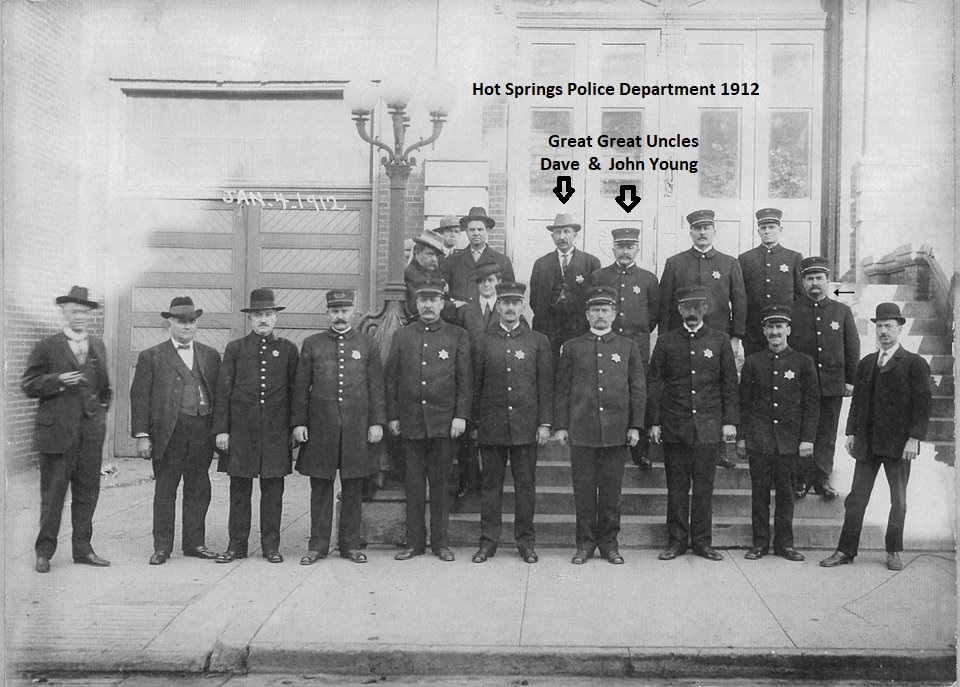